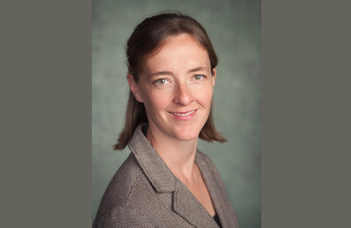 hybrid, in the Faculty Council Room and online via MS Teams

hybrid, in the Faculty Council Room and online via MS Teams

The ELTE Faculty of Law Department of Constitutional Law organises a workshop on the paper "Non-profit organizations as public interest litigants" by Kathryn Chan (University of Victoria, Canada).

Registered participants receive the paper and (in case of online participation) the link for the event.

The organizations that we call “public interest organizations” make significant contributions to the development of legal doctrine. They initiate cases, intervene to make legal arguments, and, occasionally, participate in proceedings as amici curiae.  Depending on the nature of their participation in a court case, they may add nuance to arguments made by the principal parties, obtain a far-reaching remedy, or substantially change the law.

Kathryn Chan is an associate professor at the University of Victoria Faculty of Law, and, for 2022-23, the acting director of the University Of Victoria’s Centre for Studies in Religion and Society, an interdisciplinary research centre dedicated to the scholarly study of religion, spirituality, and secularity in relation to all aspects of human society.  Her research interests lie at the intersection of constitutional law, non-profit law, law and religion, and administrative law. Kathryn practiced non-profit law for several years in Vancouver before entering the academy. She holds a J.D. from the University of Toronto, a B.Mus. and LL.M from McGill University, and a D.Phil from the University of Oxford, where she was a Trudeau Foundation scholar. Her first book, The Public-Private Nature of Charity Law, was published by Hart Bloomsbury in November 2016. She has also published work exploring themes of institutional religious freedom, charity and justice, and the scope of judicial review.